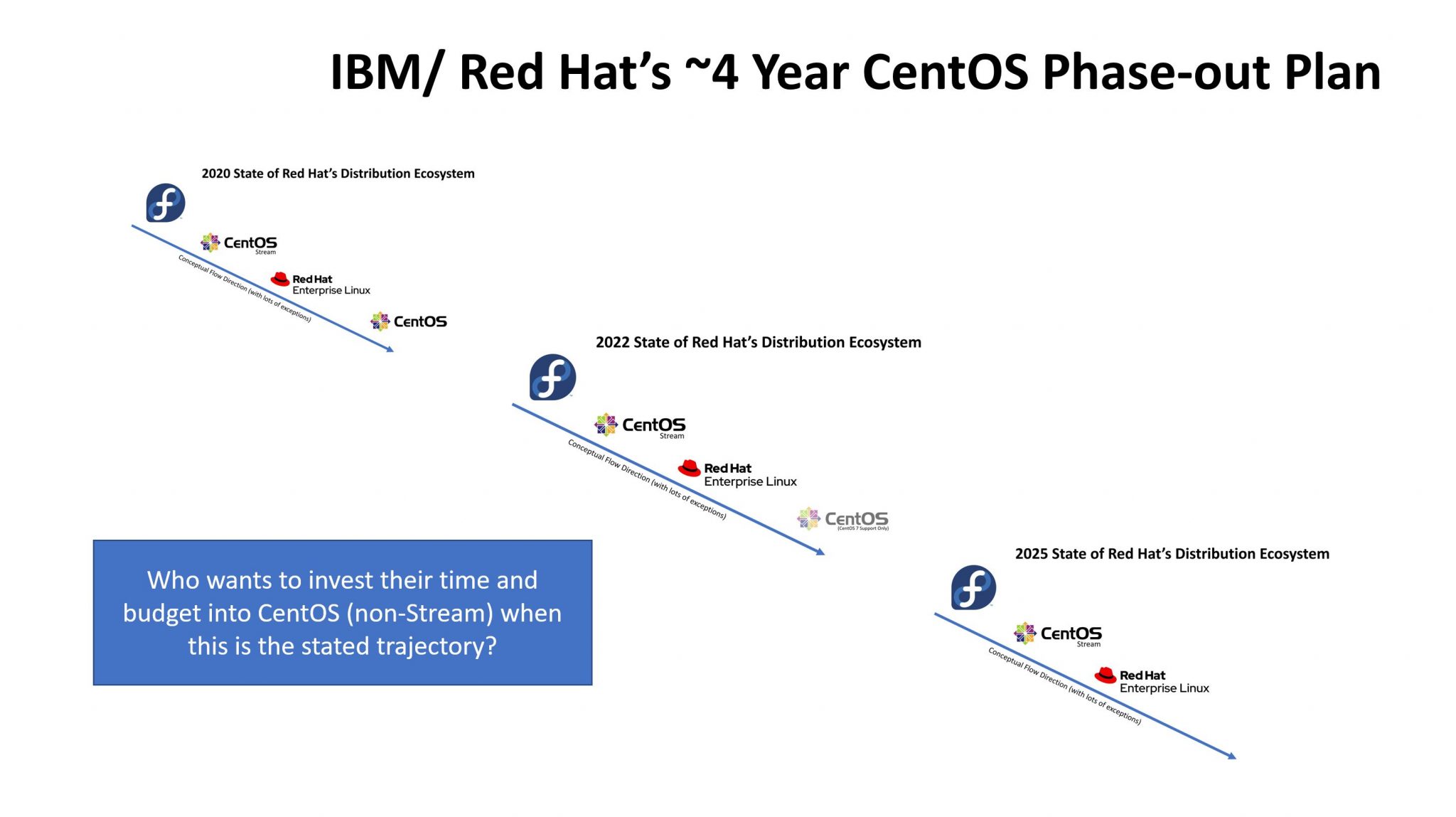 This week, Red Hat caught a lot of the Linux community off-guard by what was a shocking announcement for many: CentOS 8 as we know it, will see a reduced lifecycle, ending in December 2021. Further, while the project will still support CentOS 7, CentOS, as the community has known it, is effectively a dead project at this point. This is fairly consistent with how IBM is known to do some acquisitions, but it is still shocking.

CentOS Project Key History
While some will like to go back to the founding of CentOS, we instead wanted to focus on what CentOS had effectively become over the last 5-10 years: a Red Hat Enterprise Linux (RHEL) alternative without the support contract.

Even if you run on Debian derivatives, you are aware of how mature the RHEL ecosystem is. It is a testament to Red Hat being the top open-source company in the world. CentOS releases generally lagged the RHEL releases by a few months, but effectively were clones of RHEL for those that did not have the budget for RHEL. Some can say CentOS was something different, but if we are being fair, a huge portion of the usage was effectively to access key parts of the RHEL ecosystem while not paying a subscription fee.