Acer has a new bike desk for overachievers 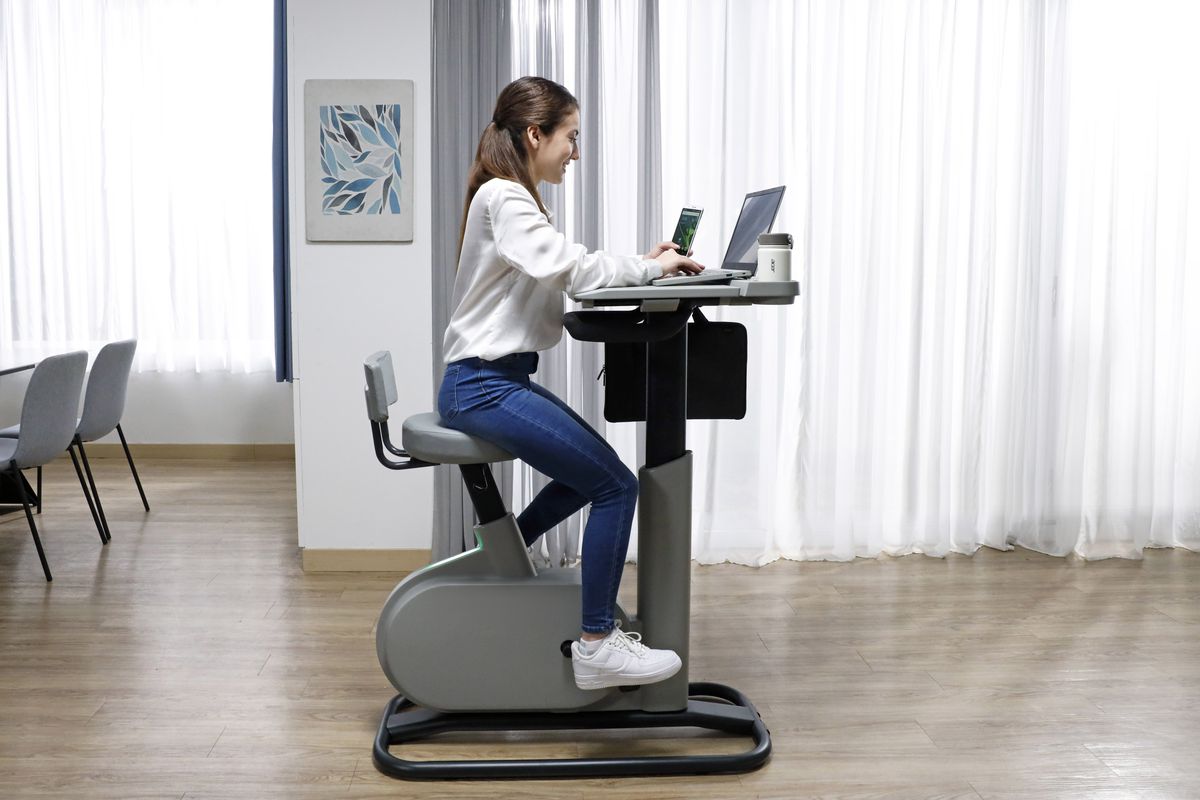 / Because if you’re not getting fit and saving the planet while hard at work, are you really doing enough?

In case your New Year’s resolutions include more multitasking, Acer has a new bike desk for that. Called the eKinekt BD 3, the bike desk is meant to allow you to work, exercise, and generate your own clean electricity all at once. Pedaling the bike produces a small amount of kinetic energy that you can use to charge devices from the desk.

Cycling at a somewhat leisurely pace of 60 RPM (revolutions per minute) for an hour can generate up to 75 watts of power, according to Acer. Converting that to kilowatt-hours (assuming you use those 75 watts in an hour) and plugging it into the EPA’s Greenhouse Gas Equivalencies Calculator, you might prevent emissions equivalent to walking rather than driving 0.132 miles in a gas-fired car.