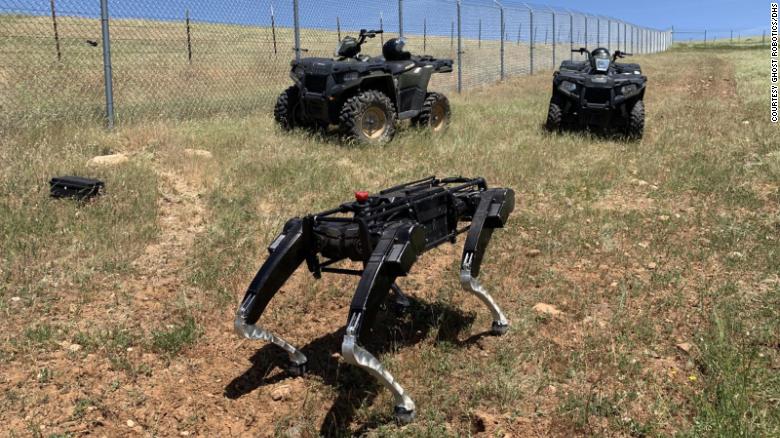 The photos look like a scene out of science fiction: Robot dogs patrolling the US-Mexico border, climbing over harsh terrain to search for threats and contraband.

But these images are real.
The Department of Homeland Security recently released them as it revealed details about how it’s testing the technology.
Officials praised the robots’ potential as a “force multiplier” that could boost Border Patrol agents’ safety by reducing their exposure to life-threatening hazards. An article touting the tests on the DHS Science and Technology Directorate’s website notes that someday the dogs, officially known as Automated Ground Surveillance Vehicles, could become “a CBP agent or officer’s best friend.”
“Don’t be surprised,” it says, “if in the future we see robot ‘Fido’ out in the field, walking side-by-side with CBP personnel.”
But the details about the testing did seem to catch some people by surprise, sparking a flurry of reactions on social media comparing the images to dystopian scenes from sci-fi shows like “Black Mirror.”