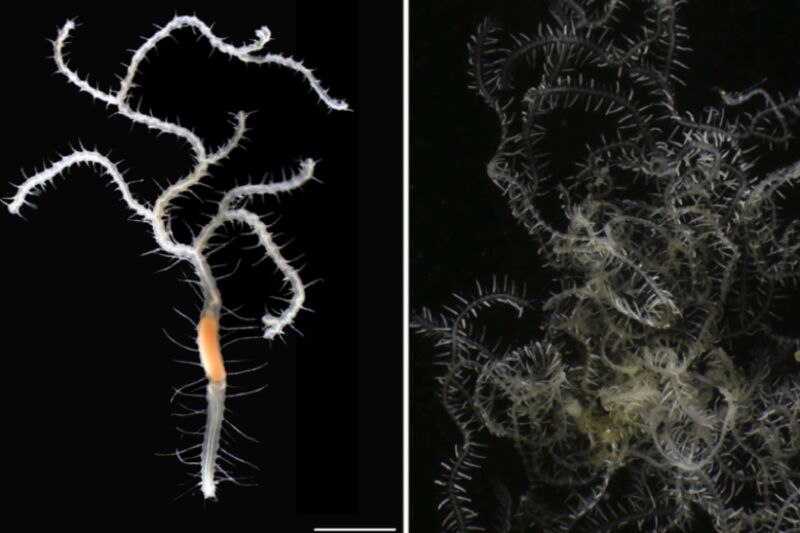 Only two other species of these rare, curious beasts have been discovered to date.

In the 2019 blockbuster film, Godzilla: King of the Monsters, everyone’s favorite kaiju, Godzilla, battled another titan named King Ghidorah, a monster notable for its three heads. Now biologists have discovered a new species of marine worm that has one head but a body that can branch out into several posterior ends, according to a recent paper published in the journal Organisms Diversity & Evolution. So naturally the biologists named the new species after Godzilla’s legendary adversary: Ramisyllis kingghidorahi.

“King Ghidorah is a branching fictitious animal that can regenerate its lost ends, so we thought this was an appropriate name for the new species of branching worm,” said co-author M. Teresa Aguado of the University of Göttingen. In fact, the director of the first Ghidorah-centric feature film in 1964, Ishiro Honda, said his monster was a modern take on a legendary eight-headed and eight-tailed dragon/serpent in Japanese folklore called Yamata no Orochi.