Why Apple is investing in wind turbines in China 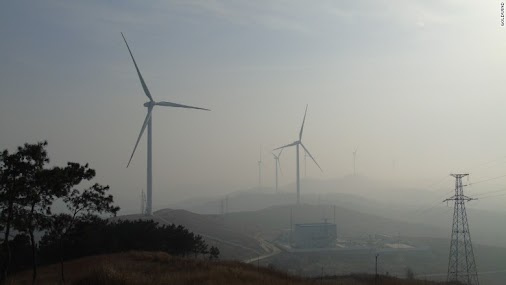 Apple is investing in businesses run by China’s largest wind-turbine maker — but the move isn’t part of any plan to build wind-powered gadgets.

Apple’s latest deal in China doesn’t have anything to do with smartphones.
The tech giant is investing in the Chinese wind power industry, turning to the world’s most populous country to help it achieve its goal of getting 100% of its energy from renewable sources.
The iPhone maker struck a deal this week to buy a 30% stake in three subsidiaries of Goldwind, China’s biggest wind-turbine manufacturer.