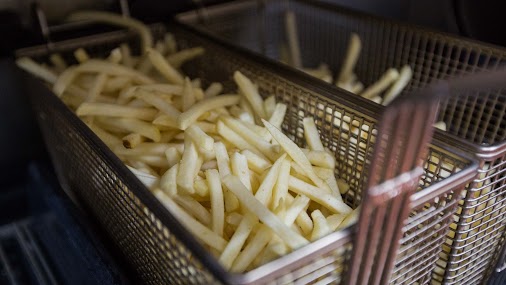 Trump’s pick for labor chief, the CEO of Hardee’s and Carl’s Jr., likes the idea.

Despite Donald Trump’s promise to create more jobs if elected president, his pick for labor secretary, Andy Puzder, the CEO of the fast-food chains Carl’s Jr. and Hardee’s, is keen on the idea of replacing food service workers with robots.

Puzder told Business Insider earlier this year that unlike human workers, robots are “always polite, they always upsell, they never take a vacation, they never show up late, there’s never a slip-and-fall, or an age, sex, or race discrimination case.”

And while the unsettling contradiction calls into question other campaign promises Trump made in the run-up to Election Day, the truth is that technology that replaces food service workers is already here.

Sushi restaurants have been using machines to roll rice in nori for years, an otherwise monotonous and time-consuming task. The company Suzuka has robots that help assemble thousands of pieces of sushi an hour. In Mountain View, Calif., the startup Zume is trying to disrupt pizza with a pie-making machine. In Shanghai, there’s a robot that makes ramen, and some cruise ships now mix drinks with bartending machines.