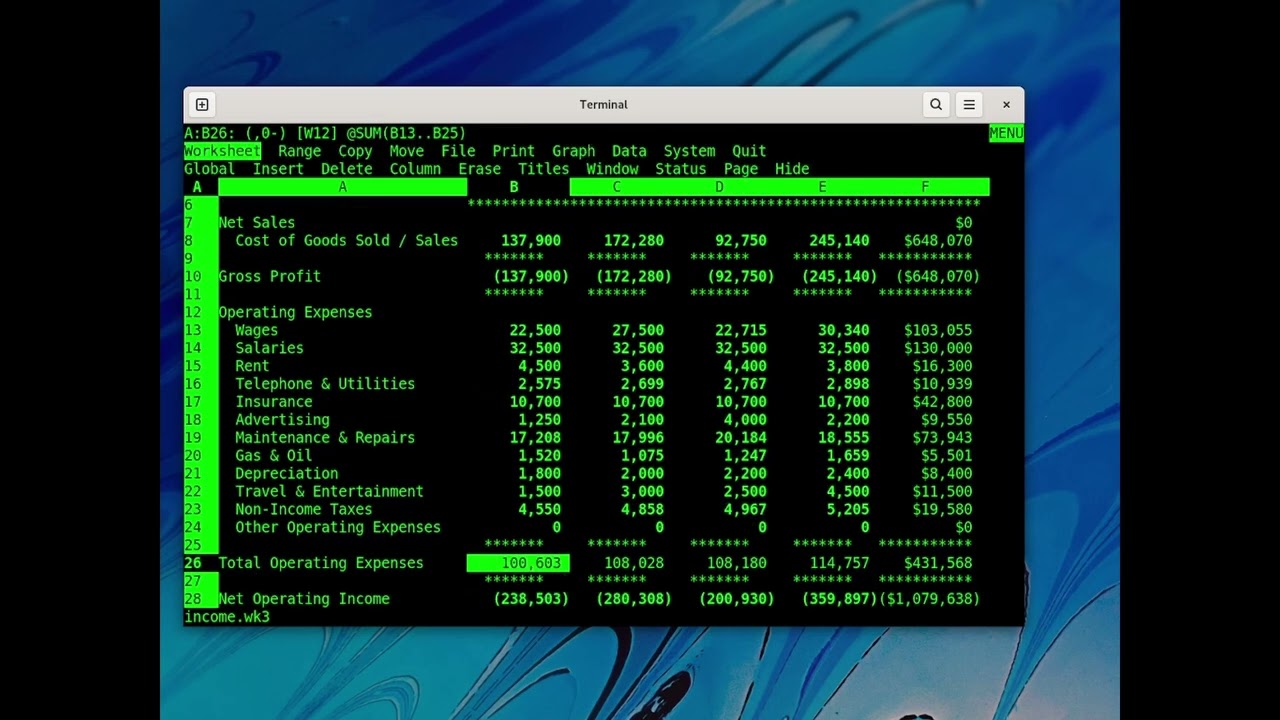 As Google guru who ported it points out, the operating system did not exist when 1-2-3 came out in 1983

A long lost native Unix version of the killer PC spreadsheet has not only been rediscovered, but almost unbelievably, it’s been updated to create a native Linux version.

Lotus 1-2-3 was arguably the single application which made the IBM PC a success, and was launched nearly 40 years ago, on January 26, 1983. The Reg celebrated its 30th anniversary by firing it up in DOSbox, and we mourned when IBM finally killed it.

It still has admirers today, and one of them is Google bughunter Tavis Ormandy, of Project Zero. Ormandy explains how he ported Lotus 1-2-3 natively to Linux here.