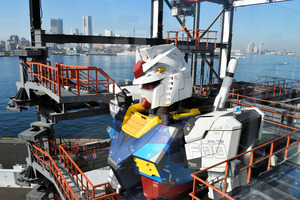 Since opening its port during the late Edo period, Yokohama has been the window of interaction between Japan and overseas, fascinating many people with its charming streets, along with its historical buildings and breathtaking views woven by the port, sea and sky, developing a rich culture.

GUNDAM, and the internationally-acclaimed power of creation that Japan possesses, will merge in Yokohama, an international port city bristling with an enterprising spirit. Finally, it is time to make GUNDAM move.

GUNDAM will move. It will move in Yokohama.