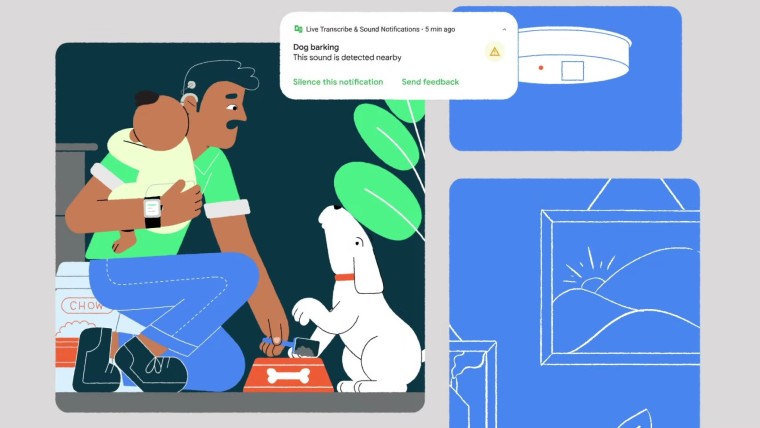 Google has announced a new accessibility feature for Android called Sound Notifications. This capability is rolling out to Android phones as part of the Live Transcribe app, which already lets users have real-life speeches and certain sounds transcribed into text form.

The goal of Sound Notifications is to alert users to important sounds that might be audible around them, but that the users may not notice due to hearing impairments or if they’re simply wearing headphones. Once the feature is set up, the phone will listen for sounds such as a baby crying, a dog barking, or water running, and it will let users know in a variety of ways – push notifications, vibration, or even flashing the flashlight on the phone. Additionally, the feature can connect with Wear OS devices to buzz your wrist instead.