Of Course Citizens Should Be Allowed to Kick Robots 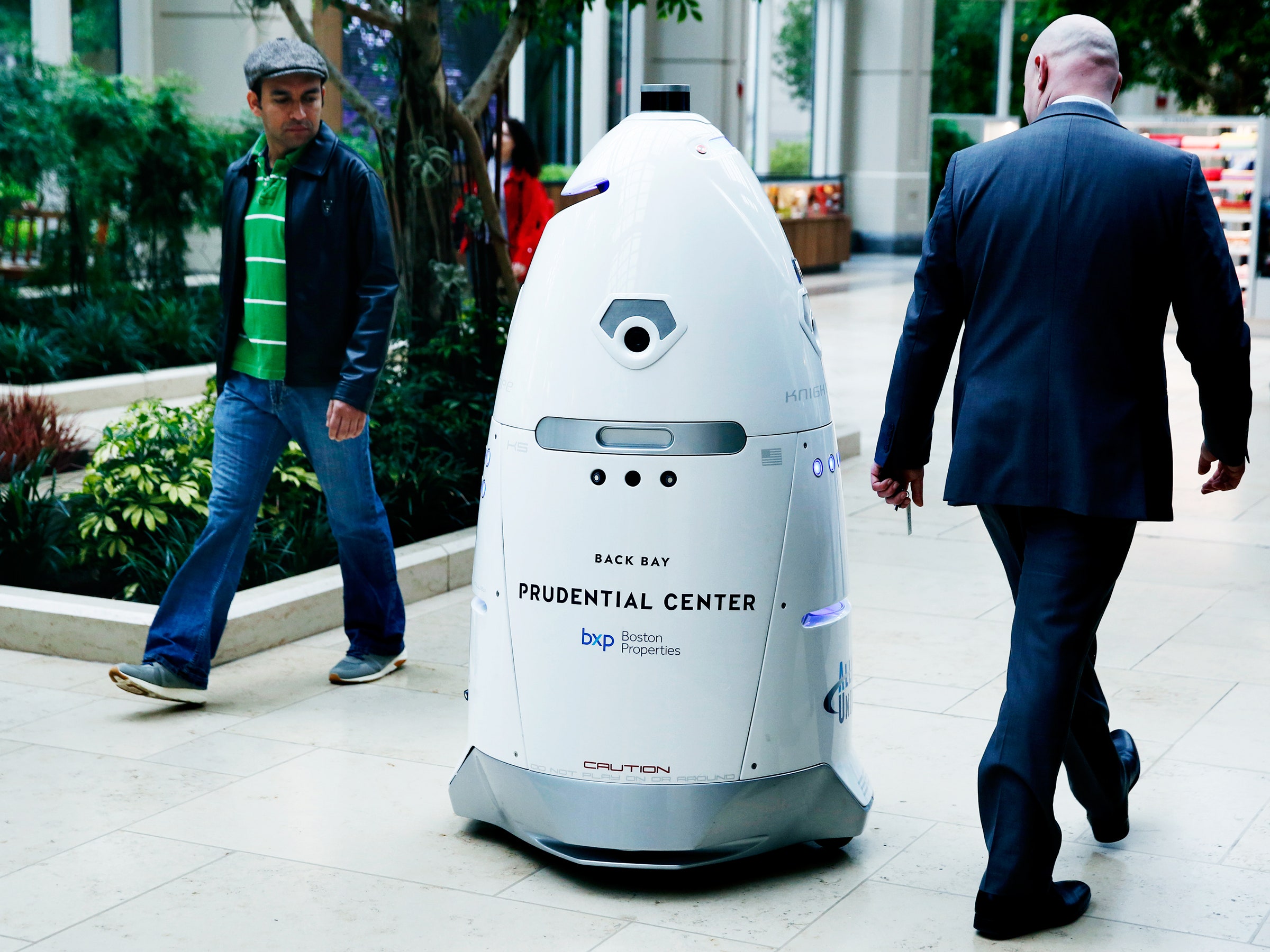 Seen in the wild, robots often appear cute and nonthreatening. This doesn’t mean we shouldn’t be hostile.

Every day for 10 months, Knightscope K5 patrolled the parking garage across the street from the city hall in Hayward, California. An autonomous security robot, it rolled around by itself, taking video and reading license plates. Locals had complained the garage was dangerous, but K5 seemed to be doing a good job restoring safety. Until the night of August 3, when a stranger came up to K5, knocked it down, and kicked it repeatedly, inflicting serious damage.

Robots engender human sympathy. Seen in the wild, they appear to have agency, feelings, and desires. R2D2’s spunk, C3PO’s intelligence, Wall-E’s charm. When delivery bots get stuck on the sidewalk, good Samaritans help them get unstuck. In light of the attack on K5, then, you may be thinking: Poor guy.