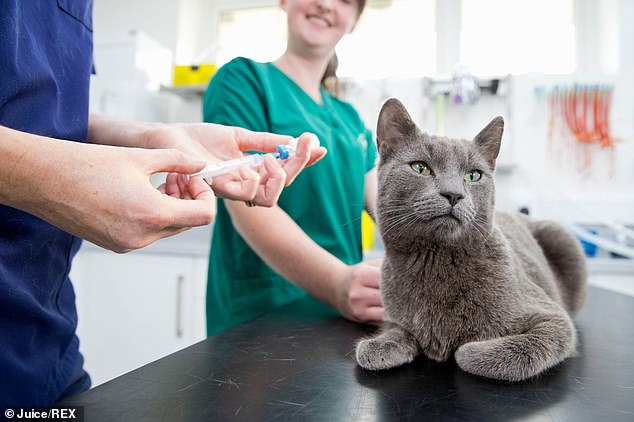 – Scientists have developed a vaccine which could stop allergies to cats
– A jab has been found to significantly reduce the protein that causes reactions
– For those who are afraid of needles, it is the cat who has to have the injection

It’s a source of dread for many – arriving at a friend’s for dinner to find there’s a cat creeping in the kitchen.

But for those familiar with the itchy eyes, the runny nose and wheezing brought on by a moggie on the prowl – an end to the misery is in sight.

Scientists at Swiss company HypoPet AG have developed a vaccine which could prove a godsend for the one in ten of us thought to be allergic to cats.

And for those afraid of needles, the good news is it’s the animals who are injected – not us…