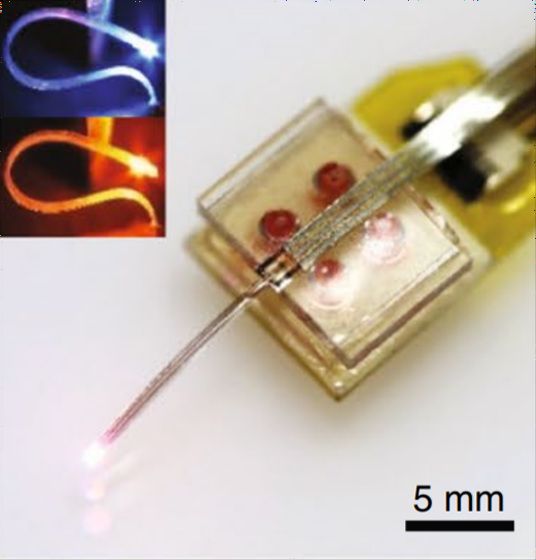 A team of scientists in Korea and the United States have invented a device that can control neural circuits using a tiny brain implant controlled by a smartphone.

Researchers, publishing in Nature Biomedical Engineering, believe the device can speed up efforts to uncover brain diseases such as Parkinson’s, Alzheimer’s, addiction, depression, and pain.

“The wireless neural device enables chronic chemical and optical neuromodulation that has never been achieved before,” said lead author Raza Qazi, a researcher with the Korea Advanced Institute of Science and Technology (KAIST) and University of Colorado Boulder …