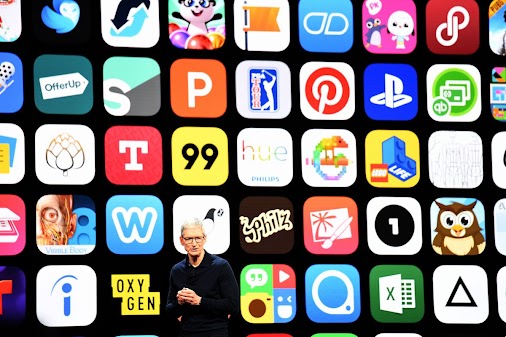 Apple Inc.’s pulled thousands of gambling apps from its Chinese store after the nation’s state-run broadcaster accused the smartphone maker of dragging its feet on cleaning up banned content.

Government-controlled media including China Central Television attacked Apple this month for hosting illegal and fake lottery-ticket apps, which they said resulted in massive losses for hoodwinked users. On Sunday, CCTV reported that Apple pulled at least 4,000 apps tagged with the keyword “gambling” on Aug. 9 alone.

The U.S. company confirmed the action and said it was simply complying with regulations. But it underscores both Beijing’s resurgent crackdown on all forms of online content from games to social media and video services, as well as the difficulties facing foreign companies that do business in the world’s second largest economy.

“Gambling apps are illegal and not allowed on the App Store in China,” Apple said in an emailed statement. “We have already removed many apps and developers for trying to distribute illegal gambling apps on our App Store, and we are vigilant in our efforts to find these and stop them from being on the App Store.”

The U.S. company has much at stake in China, its largest market after the U.S. as well as the main production base for the world’s iPhones and iPads. Its market position however has come under attack from a coterie of savvy domestic players from Huawei Technologies Co. to Xiaomi Corp., which offer users there more locally oriented services …