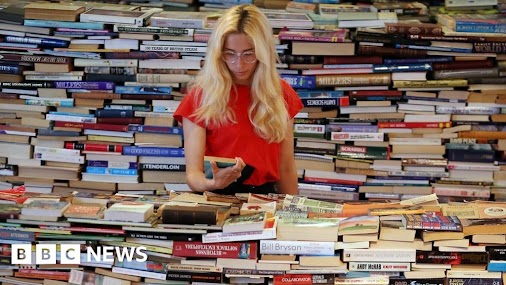 Do you have a habit of picking up books that you never quite get around to reading?
If this sounds like you, you might be unwittingly engaging in tsundoku – a Japanese term used to describe a person who owns a lot of unread literature.

Prof Andrew Gerstle teaches pre-modern Japanese texts at the University of London.
He explained to the BBC the term might be older than you think – it can be found in print as early as 1879, meaning it was likely in use before that.
The word “doku” can be used as a verb to mean “reading”. According to Prof Gerstle, the “tsun” in “tsundoku” originates in “tsumu” – a word meaning “to pile up”…