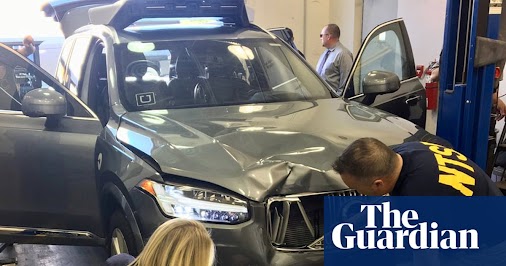 Rafaela Vasquez looked up half a second before Arizona crash that killed woman, report says.

The “safety” driver behind the wheel of a self-driving Uber that hit and killed a pedestrian was streaming the television show The Voice on her phone at the time of the crash, police have said.

The collision that killed Elaine Herzberg, 49, who was crossing the road at night in Tempe, Arizona, was “entirely avoidable”, a police report said, if Rafaela Vasquez had been paying attention.

Instead, she repeatedly looked down at her phone, glancing up just half a second before the car hit Herzberg. Police said she could faces charges of
vehicular manslaughter, but it would be for prosecutors to decide…