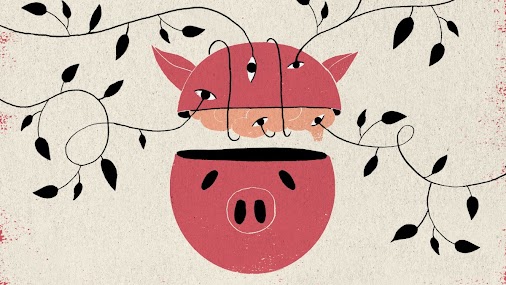 If it were tried on a person, it might mean awakening in the ultimate sensory deprivation chamber.

In a step that could change the definition of death, researchers have restored circulation to the brains of decapitated pigs and kept the reanimated organs alive for as long as 36 hours.

The feat offers scientists a new way to study intact brains in the lab in stunning detail. But it also inaugurates a bizarre new possibility in life extension, should human brains ever be kept on life support outside the body.

The work was described on March 28 at a meeting held at the National Institutes of Health to investigate ethical issues arising as US neuroscience centers explore the limits of brain science.

During the event, Yale University neuroscientist Nenad Sestan disclosed that a team he leads had experimented on between 100 and 200 pig brains obtained from a slaughterhouse, restoring their circulation using a system of pumps, heaters, and bags of artificial blood warmed to body temperature.