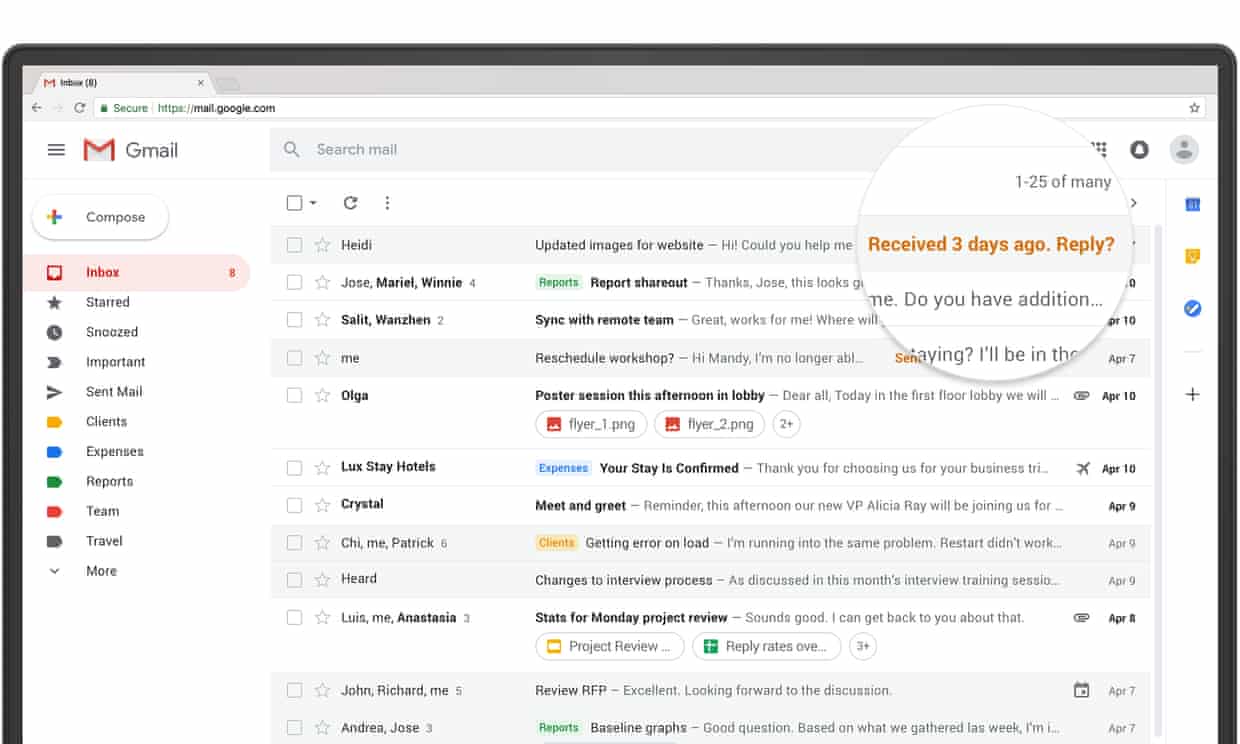 Two years in the making, the redesign is intended to help Google better compete with Microsoft’s Outlook on the business side and modernise consumer email by bringing features from its Inbox email client into the main Gmail experience.

“This is an entire rewrite of our flagship, most-used product,” said Jacob Bank, product manager lead for Gmail, which 1.4 billion people use each month.

For consumers, headline features include the ability to snooze emails, as you would with an alarm clock, until a specified time or date, and what Google calls “nudge”, which displays messages with quick reminders that you haven’t responded to certain messages so that “nothing slips through the cracks”…