The other reason to split up California 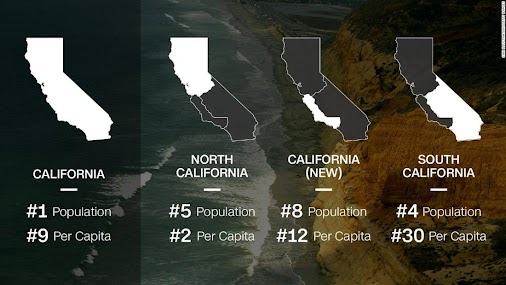 Even when split into three, California is still underrepresented in the Senate compared with most of the US.

The proposal backed by a California billionaire to carve up the nation’s most populous state into three new states is either quixotic or cutting edge, but it seems very likely to find its way before voters in November.

The road from voter approval through Congress, which would have to agree to the new states and increasing the number of US senators by four, would be long and far from guaranteed.
But apart from the arguments of the venture capitalist Tim Draper and other backers of the movement to split up the state, it presents a good opportunity to look at the growing pains the US continues to experience during the 219 years of this American experiment…