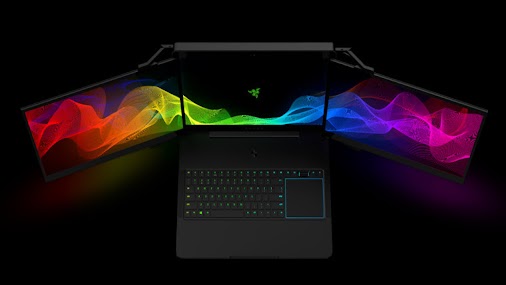 The CES 2017 expo in Las Vegas this month was a glorious celebration of new devices and emerging technologies, many of which will soon be in the hands of consumers. But the event ended on a low note when Razer revealed that two of its prototype devices had been stolen from its stand.

The company’s CEO later clarified that the two prototypes were of its remarkable Project Valerie concept gaming notebooks, which have three integrated 17.3-inch displays, each with 4K resolution. Razer also offered a $25,000 reward for information leading to the arrest of those responsible for the theft.